Piazza San Marco, also known as St Mark’s Square, is the principal public square of Venice, Italy. Napoleon is said to have called the Piazza San Marco “the drawing room of Europe“.

The Square is dominated at its eastern end by St Mark’s Basillica . The Piazzetta dei Leoncini is an open space on the north side of the church named after the two marble lions (presented by Doge Alvise Mocenigo in 1722). 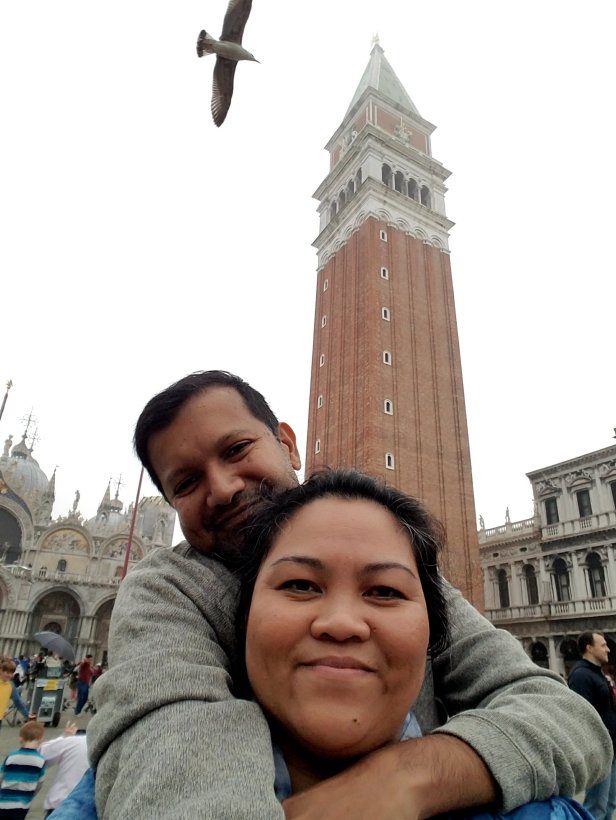 Beyond that is the Clock Tower (Torre dell’Orologio), completed in 1499. To the right of the clock-tower is the closed church of San Basso, designed by Baldassarre Longhena (1675). 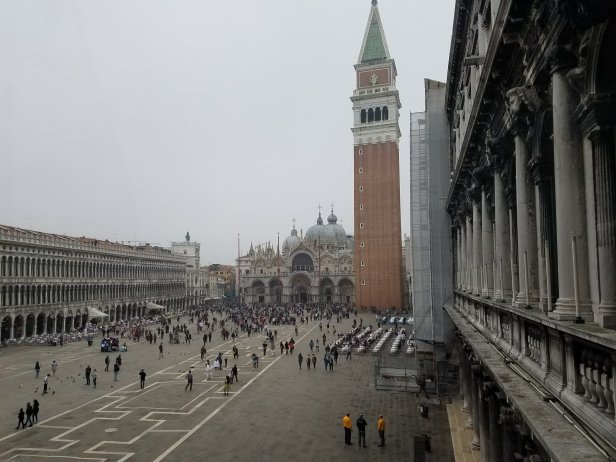 To the left is the long arcade along the north side of the Piazza, the buildings on this side are former homes and offices of the Procurators of St. Mark, built in early 16th century by the Republic of Venice. The arcade is lined with shops and restaurants at ground level, with offices above. The restaurants include the famous Caffè Quadri, patronized by Austrian rulers in the 19th century, while the Venetians preferred Florian’s on the other side of the Piazza. 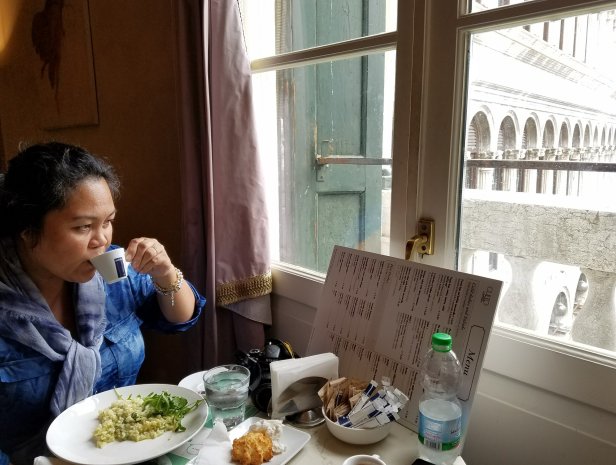 Turning left at the end, the arcade continues along the west end of the Piazza as the Napoleonic Wing, rebuilt by Napoleon in 1810. Behind the shops is the entrance to the Museo Correr (Correr Museum).

Turning left again, the arcade continues down the south side of the Piazza. The buildings on this side are known as the Procuratie Nuove, which were designed by Jacopo Sansovino in mid 16th century. The upper floors were intended by Napoleon to be a palace for his stepson Eugène de Beauharnais, his viceroy in Venice, and now houses the Museo Correr. At the far end the Procuratie meet the north end of Sansovino’s Libreria (mid-16th century), whose main front faces the Piazzetta. The arcade continues round the corner into the Piazzetta.

Opposite to this, stands the Campanile of St Mark’s church. The original structure was from 12th century, restored in 1514 and rebuilt in 1912. Adjacent to the Campanile, facing towards the church, is the elegant small building known as the Loggetta del Sansovino, built by Sansovino in 1537-46, and used as a waiting lobby for patricians meeting the Great Council in the Doge’s Palace. 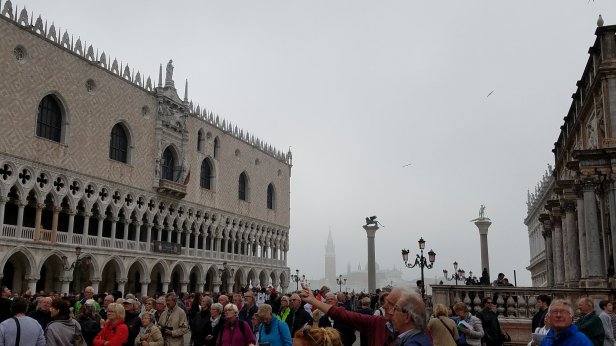 Across the Piazza in front of the church are three large mast-like flagpoles with bronze bases decorated in high relief by Alessandro Leopardi in 1505. The Venetian flag of St Mark used to fly from them in the time of the republic of Venice and now shares them with the Italian flag.