Australia is a large country with diverse population and culture spread over multiple timezones. Naturally this diversity is reflected in the regional cuisine. We had the good fortune of experiencing such variety of meals during our trip to New South Wales, South Australia and Kangaroo island. A collection of pics below tells the story of our culinary journey down under!

A taste of Rural Australia

Strathalbyn is a town in South Australia by the Angus river. The large cattle herds and farmlands around the town are made world famous with the Angus beef brand! We were able to enjoy shopping at the local stores and preparing some home cooked delicious meals during our stay, courtesy of my cousin, Nabi. 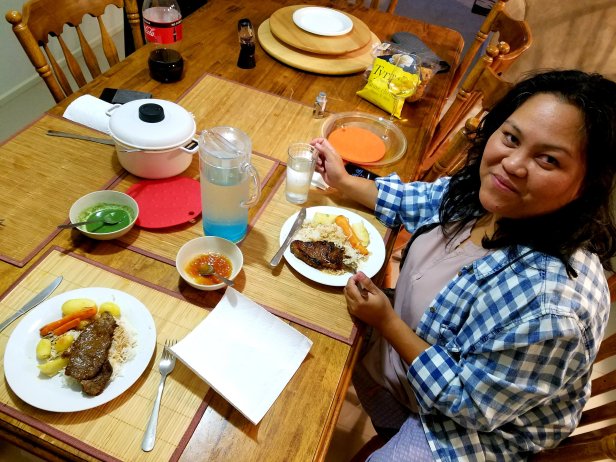 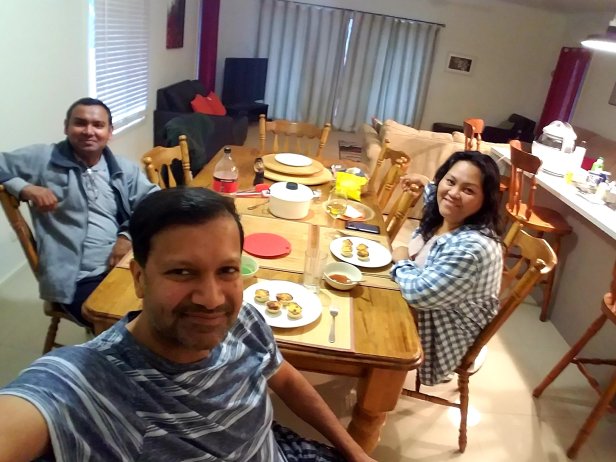 The river port town of Goolwa has the 19th century feel of old rural Australia. We had brunch at a restaurant downtown famous for its variety of meat Pies.

Kangaroo island is Australia’s 3rd largest island, famous for its wildlife and national park with amazing scenic views and world famous trails. The island is only accessible by ferry which we embarked on after driving to Port Jarvis. An early breakfast of coffee and muffin kept us warm in the cold windy weather until some much welcomed sunshine greeted us when we started the island tour. In between watching seals and kangaroos and marvelling at the magnificent rocks, we had a hearty meal of beef sausage, pasta salad and chicken at a restaurant near the koala sanctuary.

Back in Sydney after a 2-hour flight from Adelaide, we explored Darling harbour. The mall by the harbor had a great gelato shop!

Dinner and view at Sydney Eye

For dinner we visited the revolving restaurant at Sydney tower. In addition to great food, it gives us a 360 view of the city at night! 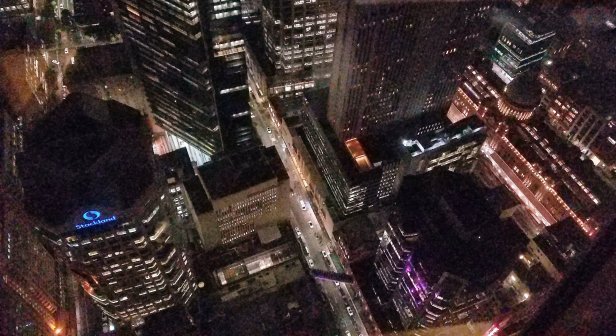 The cultural explosion of Sydney

In Sydney, we stayed at the Best Western in Haven Glabe. A great location with a variety of restaurants serving Asian, European and American cuisine right across the street. Here we tried out a special style burrito at a European restaurant!