Florida is a state full of wildlife wonders and a choice destination for us on family trips. We live in metro Atlanta in the neighboring state of Georgia and visit Florida almost every year. So when some of my in-laws visited us in the December of 2012, we planned a group trip to Crystal Rivers area in the lesser known West Florida region.

Our group consisted of my wife Glenda, her cousins Kimberly, Jasmine and Christian; my mother in law, my Dad and our kids Saif, Joshua, Simone and Zak. While entering Florida we took the customary group picture at the rest area by the border! 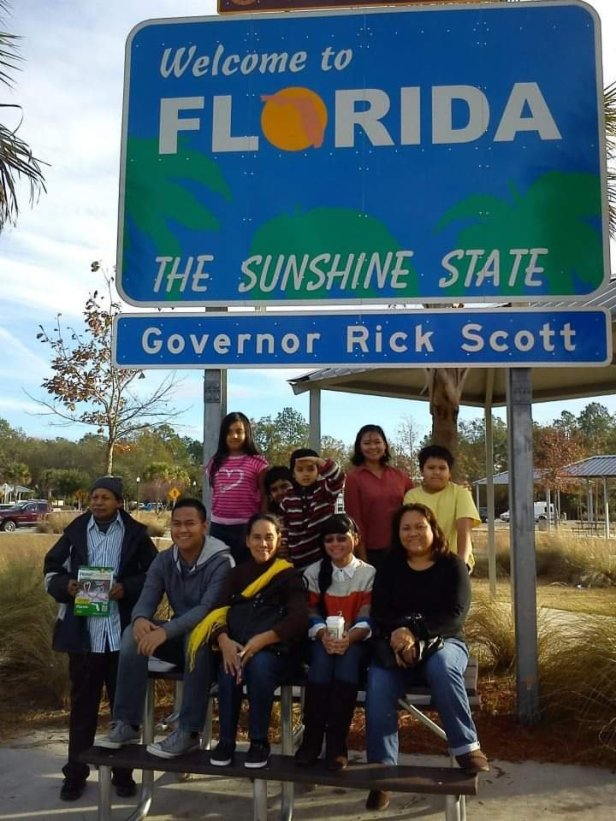 After a good night rest near Crystal River, we headed to the wildlife State park famous for Manatees.

Homosassa Springs Wildlife State Park is located near Homosassa Springs, Florida, a short drive from Crystal River. The park is one of the best places in the state to view manatees. Visitors can get close to the animals on a floating observatory. Black bears, bobcats, white-tailed deer, American alligators, and river otters can also been seen in the park. There is a guided boat tour through the lake surrounding the park every few hours. The park is also home to the hippopotamus Lu, famously known for his performances in many movies for the past 40 years.

One of the fascinating attraction at the entrance to the boat tour is the fossil of a Megalodon jaw. This was an extinct species of shark that lived approximately 23 to 3.6 million years ago. Megalodon was the last of a lineage of giant sharks and possibly the most powerful due to its massive jaw. It had an average length of 34 ft but known to grow up to 59 feet! The picture below gives an idea of how massive this shark used to be!

The American Alligators are a big attraction at the park. After the boat tour we visited some Alligators up close.

The floating observatory connects a long network of wooden walkways, creating a nature trail offering great view of the wildlife in the park at their natural environment. 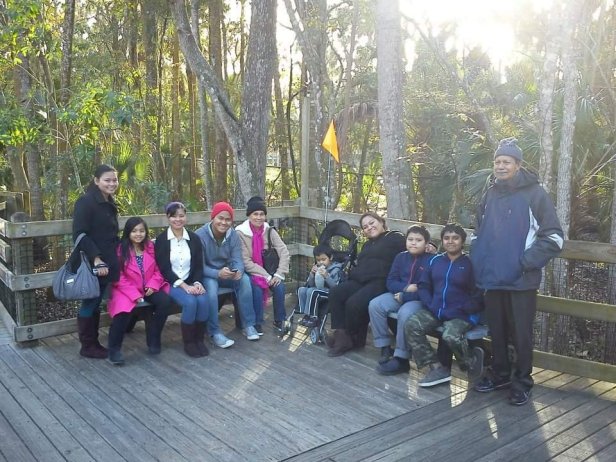 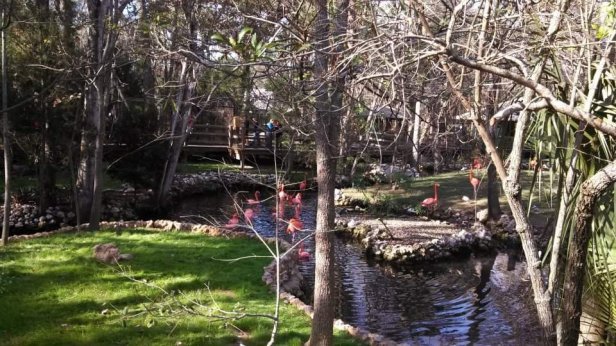 Lu is the oldest hippopotamus in North America, and the only animal in the park not native to Florida. Lu was born at the San Diego Zoo in 1960. He appeared in the TV shows Daktari and Cowboy in Africa. He has lived in the park since 1964.

The Manatee pool, the nearby indoor aquarium and indoor exhibits were a favorite for Zak, our 4 year old bundle of energy! 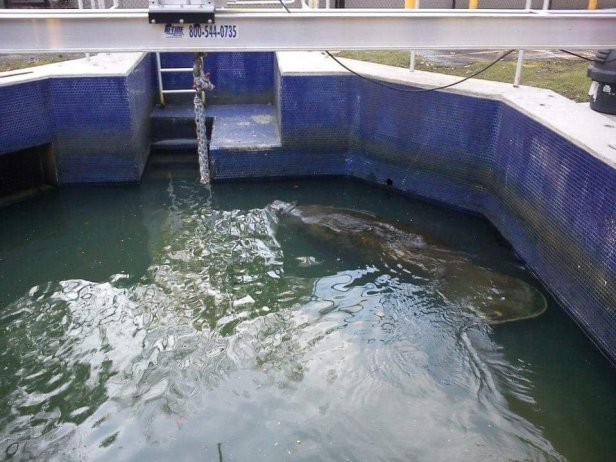 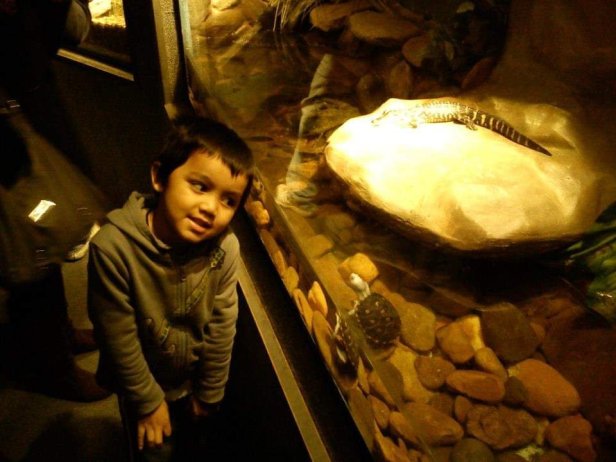 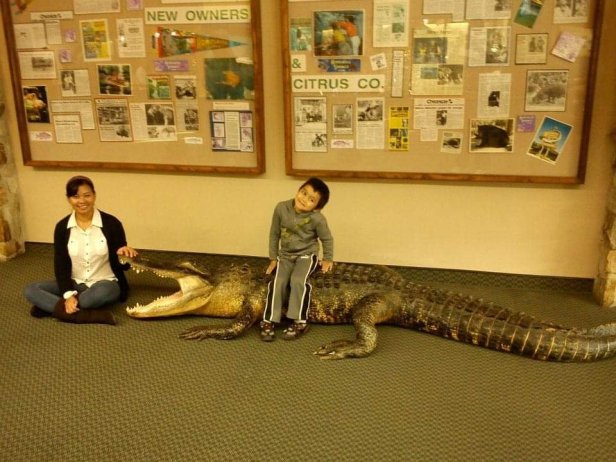 After our visit at the park, we stopped by a beach next to nearby Nuclear power plant! Watching the sunset at the Gulf of Mexico was a treat!

You can enjoy the highlights of our trip in the below video clip!