Linderhof Palace is a small castle in southwest Bavaria, Germany. It is the smallest of the three “fairy tale” castle built by King Ludwig II of Bavaria in late 19th century and the only one completed in his lifetime. 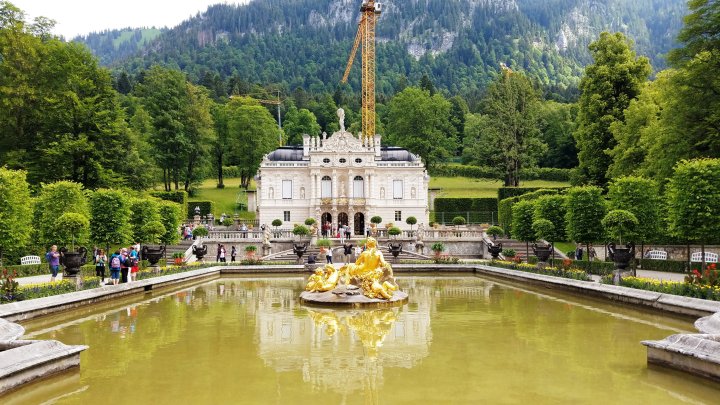 The castle and it’s gardens were inspired by the great French King Louis the XIV and his great palace of Versailles. Just like Versailles, a fountain show takes place at certain times of the day.

We arrived in Linderhof from Munich via bus on a day trip around Bavaria. It is a perfect place to start your exploration of scenic Southern Bavaria.

The tour of the castle itself is only about 45 mins as it was King Ludwig’s private residence where he didn’t expect any guest! However there is plenty to see in the gardens in and around the castle building.

We were not allowed to take video or pics inside, but below is a small photo gallery of our exploration of Linderhof. Watch the video at top of the blog to get a more detail idea of the castles surrounding.

Also, feel free to subscribe to my YouTube channel from the clip to get updates on our other trips in Europe and elsewhere. Enjoy! 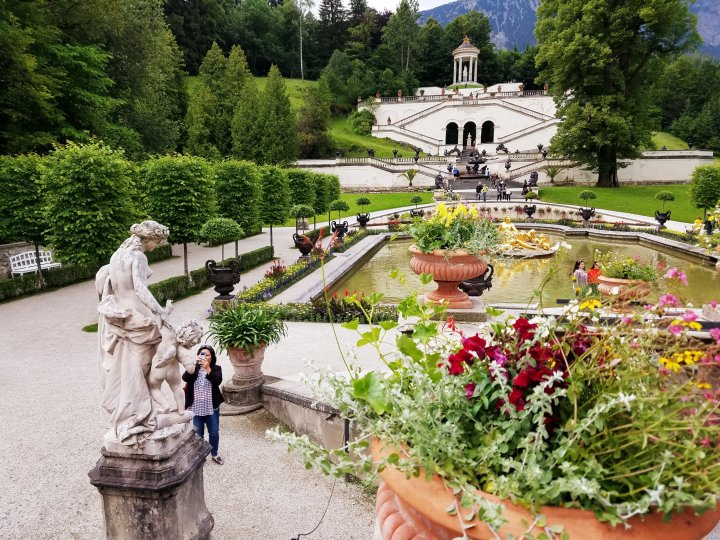